Casting around for what to write about as we begin the Silly Season, my mind turns to the irritating grammatical errors indulged in by People What Ought To Know Better….and lo, that great Jim Lloyd* of politics, Jacob Rees-Mogg, has beaten me to it.

I’m not going to spell out the whole of the Mogg’s Little List, as in The Times on Saturday 27 July, but it did strike me as an odd collection of:

…and it’s the wooden spoon for anyone refusing to use imperial measurements.

To be fair, it’s not all bonkers. Some of the banned words and phrases make an ugly bunch of clichés: ongoing, meet with, yourself (or presumably any kind of self used instead of the personal pronoun) and no longer fit for purpose. To that list I’d add I’ll take no lessons from the honourable gentleman/lady on x, which makes me want to hurl the radio across the room every time I hear it.

But some of the others… Er, what’s wrong with equal? Everything, probably. Not, perhaps, a word that has much currency in the world of Jacob Rees-Mogg, Esq., MP.

Finally, a grouse in which the Mogg is justified, if you take the view that language should never be allowed to evolve at all. (A thorny issue; many clunking grammatical errors take refuge under the overall ‘language is a living organism’ blanket. To my friend and I, for instance, is now so universal that anyone replacing the I with me is looked down on.) So to that much sneered-upon use of hopefully in the sense of it is to be hoped that (as opposed to doing something in a hopeful way) – banned, naturally, by Rees-Mogg.

Tsk, back to school, Geoffrey Chaucer;
your use of language fails the Rees-Mogg test.

But I think he’s missing a trick. Words can change in meaning, or gain new ones, if the need is there. Instead of saying, ‘I’ll pass my exams, at least I hope I do, and get a job,’ you can shorten that to ‘I’ll pass my exams, hopefully, and get a job.’ Why not? In this sense, hopefully corresponds exactly to the German hoffentlich, and I have – sorry, I’ve got – no problem with that. Moreover, it’s etymologically interesting, as the meaning probably arises from American English’s German roots, just like dumb (dumm) and enough already (genug schon).

So enough already of Rees-Mogg’s bêtes noires of the English language, now for mine – oh look, he’s taken up this entire post and there’s no space left. 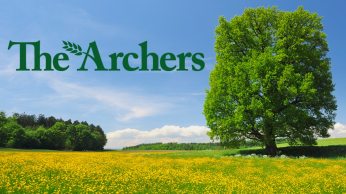 *A reference to BBC Radio 4’s long-running soap opera, The Archers. Jim Lloyd is an annoying character who excels in quoting Latin, badly, at every opportunity.

(From an article first published on Authors Electric Blog)

One thought on “Jacob Rees-Mogg: he’s GOT a little list, whether he likes it or not.”