If you missed BBC 2’s fascinating class room experiment with 7 year-olds, No More Boys and Girls; can our kids go gender free?, catch it on iPlayer while you can. It’s a revelation, and not in a good way. By challenging some of the silly stereotypes that children of this age have, sadly, already taken on board, the idea was to show all of them, whatever sex, that with regard to what they want to do in life, the sky’s the limit. ‘Everyone can choose to be anything they want,’ cried one boy after discovering that, just as girls can become car mechanics and architects, so can boys go in for ballet and make-up artistry.  Hurrah!

Good news though this is, I can’t help asking – why is it news? How, in the name of our children’s health, did we get to the point where 7 year-olds – interviewed before the experiment – have already decided that ‘girls are good at being pretty’ and ‘boys are better at being in charge’?  Nearly 100 years after women won the vote and with rafts of Equal Opportunities and Anti-Discrimination legislation on the statute book, sexist stereotypes are aliver and weller than they have ever been.  I’m so cross I don’t even care that those aren’t words.

Because while we can all be guilty of following – instead of questioning – traditional lines of thought, the real villains are those creating traditions that were never there before.  Yup, the manufacturing companies. The people who tell us not just that boys wear blue and girls wear pink (yawn, yawn), but that boys’ shoes are Leaders, tough enough to run around in, climb trees and yes, be in charge, whereas girls must wear flimsy Dolly Babes (thank you, Clarkes, who until now I held in high esteem).

The divide goes further: that great universal building toy, Lego (remember when it was just red and white bricks?) now comes in sets with names like ‘Andrea’s and Stephanie’s Beach Holiday,’ ‘Emma’s Ice Cream Van,’ and ‘Willy’s Butte Speed Training.’ Even such a basic activity as colouring isn’t immune, with The Amazing Boys’ Colouring Book (‘This exciting colouring book contains fantastic illustrations to inspire budding young artists to create their own masterpieces.

From wacky robots and machines to exciting space scenes, medieval knights, massive monsters, motor cars and much, much more’)  paired with one for  Gorgeous Girls’ (From dolls’ houses, flowers, cupcakes and quilts, to exotic fruit, feathers and fairytale carriages, there’s something for every girl in this book’).

When challenged, the standard response from toy/clothes/shoes/book/household goods manufacturers is that they are giving customers what they want – an outrageous claim, since by creating gender-based products they are removing all choice of buying universal ones. Sneaky, too, since the real reason is screamingly obvious: profit. Divide the market and you double it.

The Paw Patrol – but where is Skye?

Buy pink wellies for your daughter and your son will refuse to wear them, so you can’t pass them on and will have to shell out for new blue/black/grey/spiderman etc ones for him. Indeed, when it comes to merchandising, the manufacturers go further: Skye, the only female character from the popular series, Paw Patrol, is inexplicably absent from ‘boys’ wellies and china,

while with Peppa Pig, Peppa herself is reserved for ‘girls’ items and the poor lads have to make do with George.

As a children’s writer, I find this very depressing.We are told all the time that girls will read stories about boys, while boys won’t read ones about girls. From my talks to boys in all kinds of schools, I’m convinced this needn’t be the case; but if the message feeding through from infancy is that adventure, excitement, climbing trees, fighting monsters, building space rockets and flying to the moon are for boys only, who can blame them for assuming that a book with girl characters won’t have any of this kind of stuff?

Both hero and opponent of my first book, Ante’s Inferno, were girls, with a boy being the other main character. My next title, The Tragickall History of Henry Fowst, was peopled almost exclusively by boys; while the cast of my current wip, The Call of a Sparrow, is nearly all girls. I don’t do this deliberately, it just happens. In all of the books, much is demanded of the main characters: bravery, quick-thinking, endurance, survival, a willingness to risk injury – even death – in pursuit of their cause. I hope this is what will count when arranging school visits, not the sex of my characters; but I know from bestselling writer Robin Stevens’ experience that I may have a fight on my hands. The author of the brilliant detective series for children beginning with Murder Most Unladylike, in which 12 year-olds Daisy and Hazel solve crimes, has had to stipulate that while she will happily visit single-sex and mixed schools alike, she will not speak to an audience of only girls in a mixed sex school. 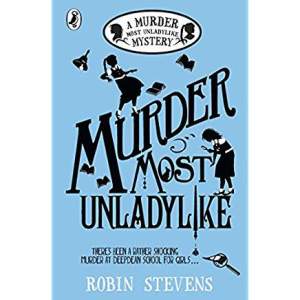 Of course boys and girls are different. But not as different, not so divided on strict gender lines as our commercially-based society is teaching them today. Baby boys used to wear dresses, for heaven’s sake. In Elizabethan times, they wore dresses until the age of 7, when they were ‘breached’. By offering our children from babyhood onward this riot of supposed choice, all we are doing is building shades of the prison house around both sexes. Which is incredibly sad.

(From an article first posted on http://www.authorselectric.blogspot.uk)

PS  Some good news: the repercussions are beginning, with John Lewis leading the way. If only all the other manufacturers would follow suit…. John Lewis is removing gender labelling from boys’ and girls’ clothes.